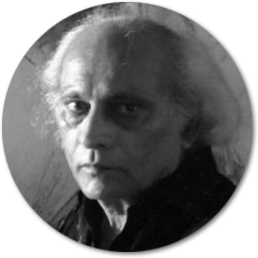 Solanki has a Diploma in Painting and a Post Diploma in Graphics, both from the M S University, Baroda. He is the recipient of many awards, the earliest being in 1966, when he got the First Prize from the Gujarat Lalit Kala Academy, Ahmedabad. Vrindavan Solanki pursues purity of form through his art. Purity and honesty remain his two primary concerns. Like the Chinese pen and ink painters, the only colour he engages is “black”. The result is magnificent. His canvas glows as though illuminated with an inner light. A Solanki canvas preserves that pristine quality of old black and white movies. His distinguished oeuvre has that same gentle sensuousness, the same magic. Solanki’s works have been exhibited in various exhibitions.