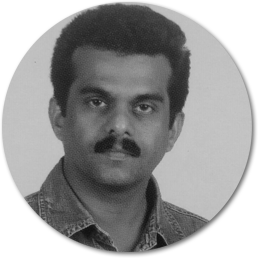 Born in 1968 in a village in Maharashtra, Nitin Nangare graduated at the top of his class in art in 1990 and proceeded to show his work in group as well as solo shows in India and abroad. He has been awarded the Bombay Art Society award as well as The Art Society of India award among many others.

Nitin Nangare depicts the life of India through a stylised portrayal of its people. His paintings of rural women are bathed in earth tones and bold, graceful forms. The women are characters in a dynamic tableau–featureless yet rich and animated. The women often depicted with a child on their hip or carrying their wares on their heads are adorned with flowing garments and white bangles till their elbows.  The simplicity of Nangare’s forms is enhanced by his masterful gradation of colour and shadow that allows viewers to visualise an entire world within each painting. 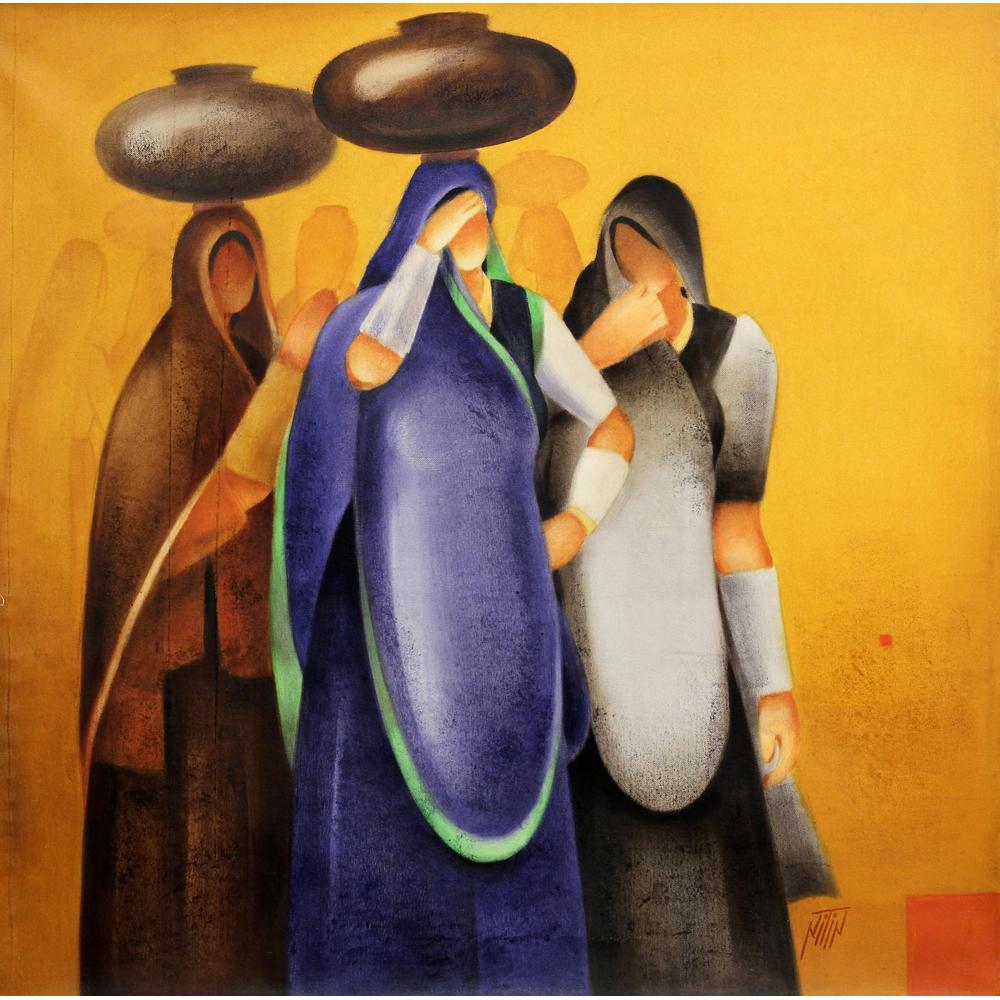