Datta Bansode was born in 1969 in Latur. In 1991 Datta received his Diploma of Art from College of Art, Pune. In 1994 he received Diploma in Art Education from Sir J.J. School of Art, Mumbai.

The intensity of Datta Bansode's politically aware paintings may be traced to his first encounters with art as a boy in Latur. Bansode's first teacher was the artist and Buddhist monk Jagtap Sur. Using hardboard and enamel paints, Sur painted portraits of Buddha, Gandhi, Nehru, and Shivaji in a vivid, realistic style. "He was my first guru," says Bansode, "a good teacher of drawing and painting."

Datta Bansode describes his works of this early period as brightly-coloured compositions depicting daily scenes, including ad hoc still-life works of his bedroom and portraits of his friends. A turning point came in 1992, when Bansode returned to Latur in the aftermath of a major earthquake. Walking through the ravaged streets, the starkness of the mourning survivors struck him. His figures became more simplified, abandoning colours he began working with a limited pallete of chalk-white and charcoal.

In 1998, after reading about the nuclear tests conducted in India, Bansode turned his focus to peace and love and delved deeper in to Buddhism and Buddhist philosophy. Retaining the neutral palette, Datta begins depicting images of Buddha from major events in his life. 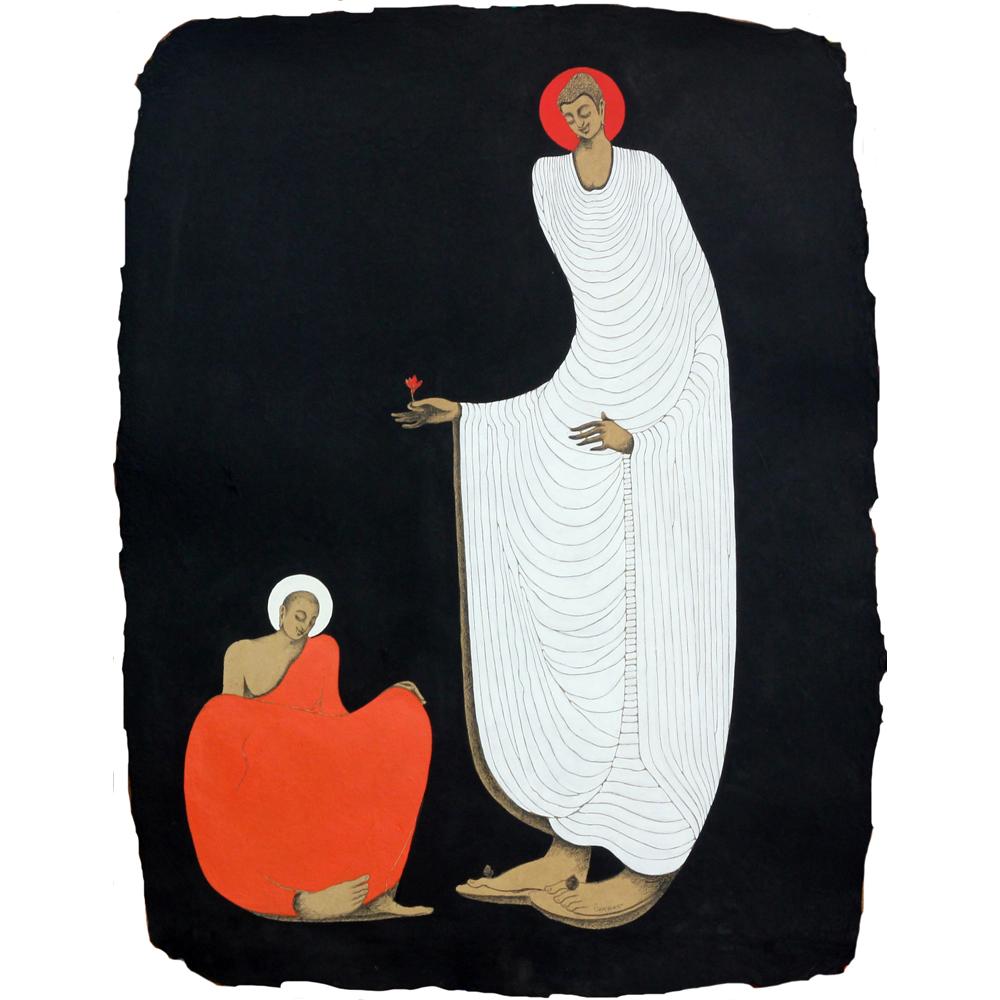