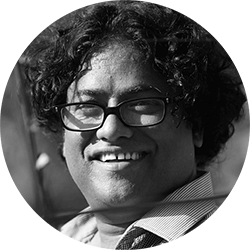 Born in 1965, Laxman was brought up in Kadirenigudem. Laxman completed his Bachelors and Master’s degrees in Fine Arts from the College of Fine Arts, JNAFAU, Hyderabad.

His most recognizable works are his black and white compositions, against brightly painted backgrounds such as red, green and yellow. On these bright backgrounds, we see absolutely stunning sketches of people; men, women and children, of the village chit-chatting and living their daily lives. Though he doesn’t use much colour, he plays with texture in his paintings. Laxman draws various designs on the women’s sarees, such as flowers and polka dots, along with other patterns, and changes the patterns of stripes and checks among the men’s clothing.

Recently, Aelay switched over from using white, black and shades of grey to using vivid colours to depict flowers, jewellery and traditional clothing.

Aelay has received international recognition as well as several awards and gold medals for his works. These include an award from the Hyderabad Art Society in 1995. He has also represented the country in an international exposition organised by TAANA in Chicago, USA in 1995. 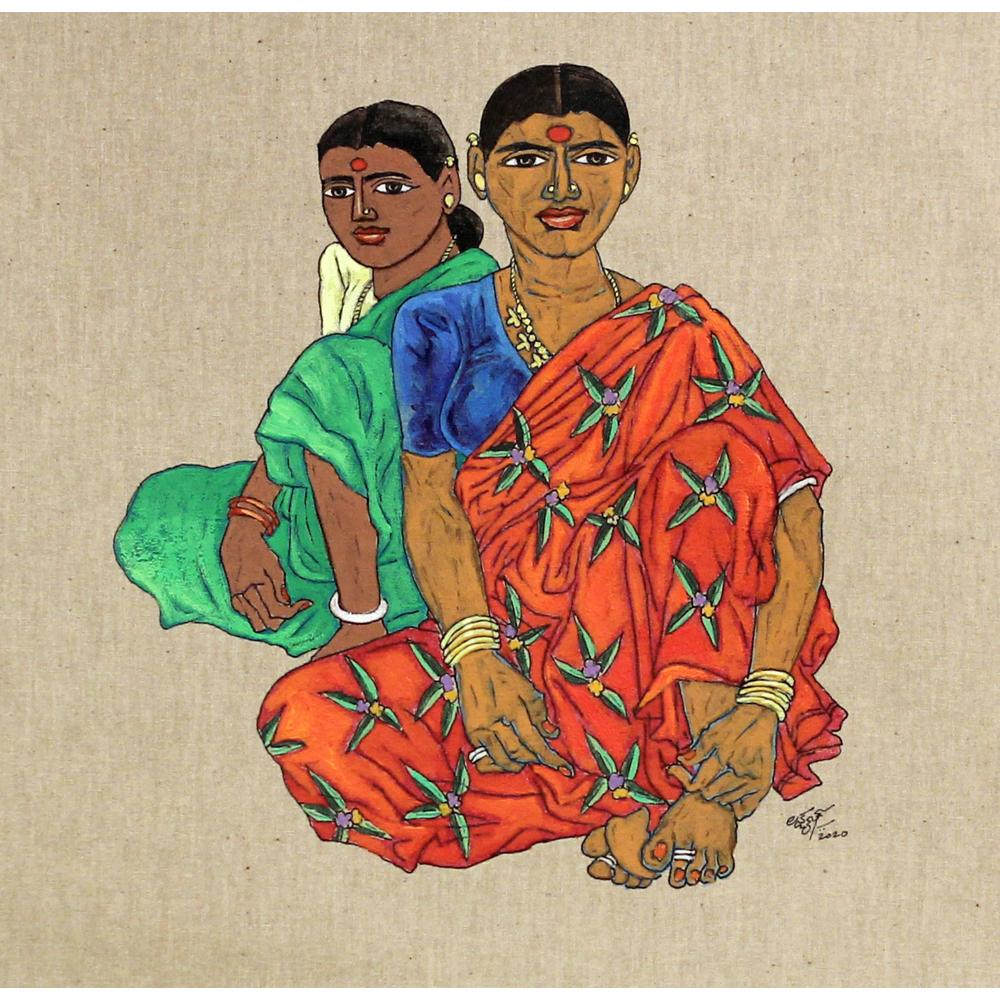