Originating in the temple town of Nathdwara in Rajasthan, Pichwai art dates back to about 400 years ago, making it one of the oldest art forms of India. Pichwai is derived from the Sanskrit words ‘Pichh’ meaning behind and ‘Wai’ meaning textile hanging and true to its word, Pichwai art was originally used to adorn the walls behind deities in the Shrinathji temples of Nathdwara. Pichwais, usually painted on cloth using natural dyes, were used to decorate the shrine and celebrate different seasons, festivals and events in Lord Krishna’s life.

Intricate and visually stunning, these paintings were created by members of the Pushti Marg sect of Hindus, who revered Lord Krishna. They depicted his legends in life-sized Pichwai paintings using quintessential motifs and characters like Radha, the gopis, lotuses and nandis. Some paintings were so large and intricate that several painters would be involved in the creation of a single Pichwai. This team of painters would be led by a master artist who supervised the member artists while creating Pichwai; a trend that is still widely practiced today.

In addition to adorning the walls of temples, Pichwai art was also used as a means to educate people about the stories from Lord Krishna’s childhood. Common depictions included festivals and celebrations such as Raas Leela, Annakuta or Govardhan Puja, Janmashtami, Gopashtami, Nand Mahotsav, Diwali and Holi.

The Pichwai style of art, although contemporized, is still admired and sought after and now holds a place in the homes and home temples of many art connoisseurs and devotees. Unsurprisingly, the popularity of Pichwai art has not faded and many artists continue to pay homage to the art form and spread the tales of Lord Krishna.

Sushil Soni was born in 1981, into a family deeply entrenched in Pichwai tradition of painting. He spent his childhood amongst the artists who made a living selling their artwork in the ‘Chitron ki Galli’ or Street of Paintings in Nathdwara, Rajasthan. Having shown a deftness for the art form, Sushil Soni started to paint at the age of ten and then pursued painting formally after he graduated from Nathdwara college.

In an effort to retain the authenticity of the Pichwai art form, Sushil Soni uses natural stone colour on cotton cloth canvases to capture his masterpieces. Like the original artworks, he paints Lord Krishna’s face with typical features like the languid eyes, broad nose and full body.

What sets Sushil Soni apart from other Pichwai style artists, is the sheer richness of his paintings. Having studied various art forms including Indian Miniature style paintings, Sushil Soni’s artwork stands out. He embellishes his paintings with embroidery, gold, and appliqué work. The experimentation on various media and use of varied techniques made him a much sought-after Pichwai artist.

Sushil Soni’s paintings quickly gained popularity due to his unique creative style. He was invited to participate in the exhibitions of Marushree Parishad, Kolkata, and Dastkari Haat Samiti, New Delhi. He has also conducted various workshops and camps to train and educate other people about the skills and importance of Pichwai art. Remarkably exquisite, Sushil’s paintings have won several awards and State Level Competitions. He was honoured by the state government in 2000.  Sushil Soni is a prominent artist of our times whose dedication keeps the history of Pichwai and its art form alive. 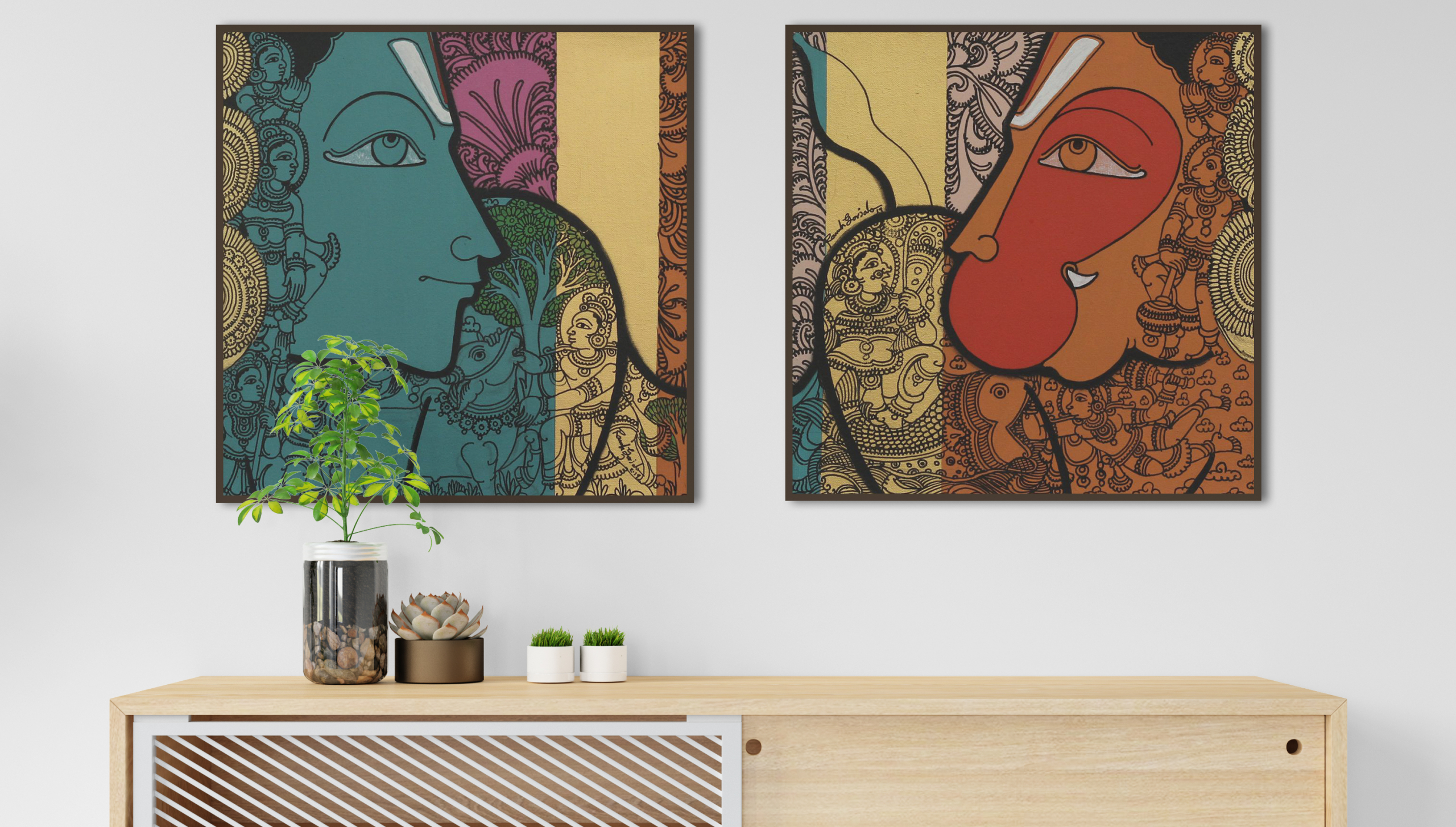 Ramesh Gorjala – The Art of Epics

Art, worship and storytelling have been companions for thousands of years. To retell God’s story on paper, and…